Everything We Know About Google’s Epic New Alabama Data Center…

Many people might not know exactly what a data center is. In fact, a data center is a building, group of buildings, or a special space within a building that is used to house computer systems, as well as components that are associated with these systems. These may include storage systems and telecommunications systems, for example. Many people do not realize this, but data centers are fairly large, with the average size being about 100,000 square feet. There are people who build data centers for different purposes.

Silicon Valley is opening up a major new hub next door to Madison County. At the end of June, Google announced plans to bring a high-tech data center — and 100 jobs — to northeast Alabama, in neighboring Jackson County.

Google announced their plans at a press conference at the Widows Creek Power Plant; the former coal plant will be shut down and transformed into the state-of-the-art digital plant. Google says they will use the plant’s existing transmission lines and invest in green energy projects in the region, while also working with the Tennessee Valley Authority to put that energy onto the electrical grid.

“For more than 50 years, the Widows Creek plant has generated electricity for the region,” said Gary Demasi, Google’s director of Global Infrastructure. “Now the site will be used to bring Internet services and information to people around the world — powered by 100% renewable energy.”

The data center will host an immense network of servers, which will help power and route traffic to Google’s search engine, advertising, email, YouTube, and other services. Experts agree that Google dominates the search industry; in 2014, the company owned 65 – 70% of the industry’s market share.

Google already operates 13 such data centers around the world, but the Jackson County facility will feature the company’s latest energy efficiency technology. The tech giant will now be able to generate 3.5 times more computing power with the same amount of energy as their other plants. 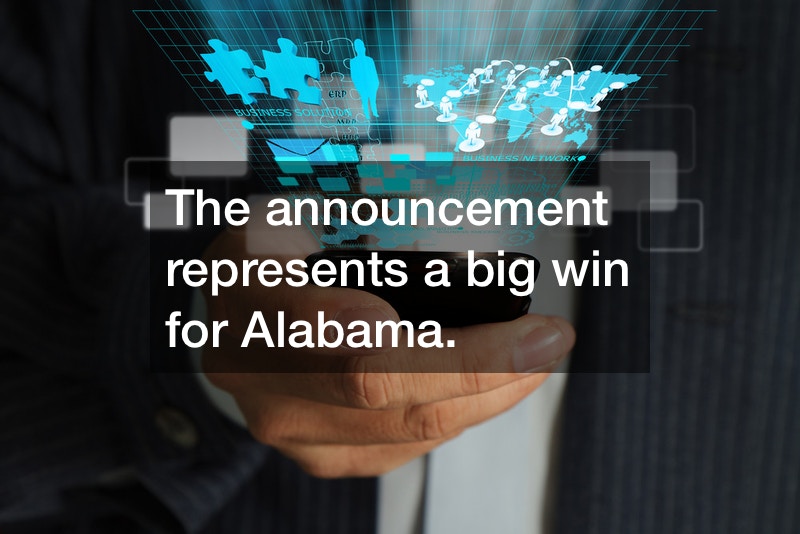 The announcement represents a big win for Alabama, which has been offering tax incentives in an attempt to lure such a data center since 2012. In addition to the 100 jobs, Google will also spend $600 million to build the plant, and invest in clean energy projects in northeast Alabama.