The U.S. Manufacturing Industry Made A Strong Start In 2019 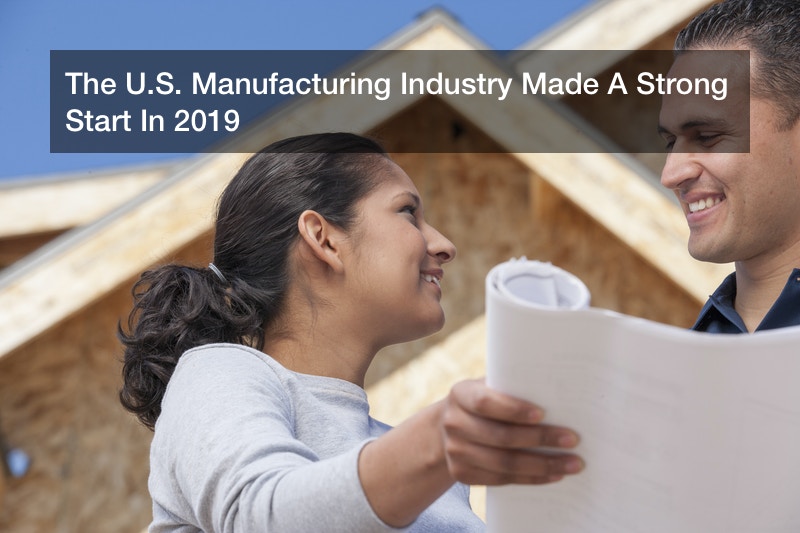 Did you know that manufacturers contribute $2.17 trillion to the U.S. economy? And the U.S. manufacturing industry has made a comeback this January. According to Forbes, U.S. manufacturing has bounced back with the ISM Index rising from 54.3% in December 2018 to 56.6% in January.

These are great numbers when paired with the January jobs report from the U.S. Labor Department. The report shows that the U.S. economy added 304,000 new jobs last month, indicating a strong industrial sector and the general economy.

And although the manufacturing industry itself has been at a five-month low in terms of job growth, the industry added 284,000 new jobs in January, which is its largest gain in 20 years.

The Institute of Supply Management says that, while this strong start for 2019 may be enough to dispel recession fears, commentary on manufacturing’s success remains mixed.

Those in furniture and related products say that incoming orders have been steady, but they’re experiencing slow-downs compared to the backlog of sales orders in machinery. Likewise, those in transportation equipment say that business is good but that margins are being squeezed.

Despite mixed feelings, the U.S. manufacturing industry is doing better than China and Europe. Germany’s manufacturing shrank for the first time in four years, according to the IHS Markit’s monthly index.

The U.K. also showed a three-month low with its manufacturing index dropping to 52.8%. France reported low figures for January, as well.

China’s manufacturing PMI came in at 49.5%. The private Caixin/Markit Manufacturing Purchasing Managers’ Index also reported 48.3%. That’s not only a decline for the second consecutive month but also China’s worst reading since February 2016.

A recent international study revealed that only 42% of manufacturing companies have the correct procedures in place to effectively manage metalworking fluids and 63% don’t regularly conduct staff training. However, the reason for China and Europe’s disappointing manufacturing indexes is most likely due to the U.S. import tariffs and Brexit concerns.

In fact, the European Union just passed a new measure that would put a quota on steel imports to protect its steel producers.

“[The EU steel industry is] in a fragile situation and under the threat of serious injury if the increasing trend in imports [continues] with the ensuring price depression and profitability drop below sustainable levels,” the European Commission said in a regulation published Friday, February 1.